BREXIT – a battle of hearts and minds? 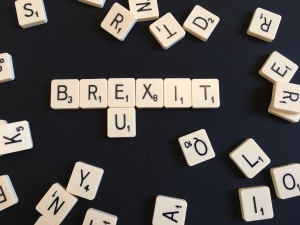 My interest in Brexit

Soon, Britons will be called on to vote on a question that, one way or another, could set the direction for the country’s economic, social and political future.  It is no surprise, therefore, that the question is one that is arousing a lot of fiery and emotional debate in the media and other public forums.  And as if the issue were not emotive enough as it is, Putin has recently been brought into it, with speculation about the possible role of Russia in stirring up discord and encouraging support for Brexit.

I will give my views on both of these issues.  But for now, just to say that as a Russian who has been living and doing business in the UK for 10 years, with strong ties to the UK, and at the same time close personal and business ties with Russia, I cannot help but take a very keen interest in this issue.  Inevitably, I look at the issue from both sides of the UK-Russia fence.

Cutting through the noise

The problem with a lot of the public discussion to date is that it has been more emotional than fact based.  I have the impression that many of the most passionately held views on the subject on either side are formed more by peoples’ hearts than by their minds.

As a businessman and an investor, I prefer to look at data and facts.  The good news is that we are at least starting to see reports coming out that attempt to drill into the numbers and specifics.  We are seeing analysis that goes beyond “doomsday or heyday”.  Furthermore, with or without Brexit the current consensus is that it will be a very tough decade to come for EU, and it is important to treat the data carefully to avoid any contamination of the result by factors not related to Brexit.

The EU’s economic decline, relative to other high income societies

Table shows % rate of change in constant price GDP, according to the IMF

Assumptions need to be stress-tested

Until now, there appears to have been a general consensus that, purely on an economic level, a Brexit is likely to have a negative impact – the question has been, simply, to what degree.  But my question is ‘what are the assumptions behind this consensus?’  And it is becoming increasingly clear to me that these assumptions need to be tested.

For example, one of the assumptions says that Brexit can lead to a decrease in the supply of labour.  Is that correct?  It might be more cumbersome for people to come from the EU, but it’s not impossible.  And let’s not forget about the Americans, the Aussies, the Indians, the Chinese, and of course the Russians.  Will they stop coming to the UK?  I doubt it.  Could they help to fill any gap in labour from the EU?  Probably, yes.

One also has to look at the economic impact on a case by case basis.  Although I am still analysing the data, I can foresee a situation where the UK’s agriculture sector is a net winner in a Brexit scenario, and we may see British produce starting to occupy a higher proportion of retail shelf space vs, say, produce from France.

Taking another assumption that is relevant to Russia and any other country that has looked to tap the financial services industry in London, there is a view that a Brexit can stem the flow of international companies coming to London.  Is that right?

Yes, the financial services sector may face bureaucratic hurdles in attracting EU citizens.  Let’s say this is a disadvantage.  But I don’t believe that Brexit will change the fact that London is and will remain a go-to destination for many companies around the world.

The fact is, London, and the city in particular, has always had a unique standing in the EU, and possesses key competitive advantages over other financial centres in the region.  London boasts a high efficiency of trading.  It’s at the centre of one of the world’s largest markets.  And it’s one of few important financial centres that can trade across three major markets in the course of one day.  I don’t see companies turning their backs on London even if Brexit were to happen. 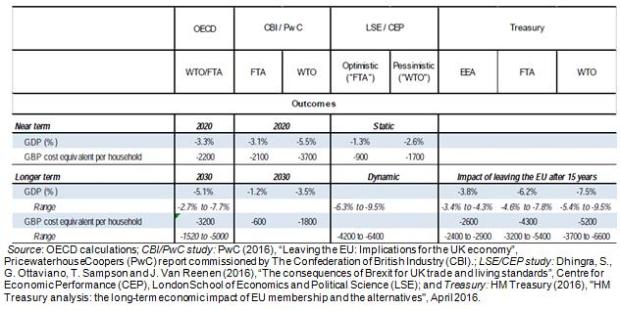 Views from Russia – a business perspective

London has always been an attractive destination for Russian companies from a capital markets perspective.  True, capital market flows between the two countries may be less vibrant today, but this is driven by other market factors.  Fundamentally, I do not see Russian interest in London’s capital markets going away, even if Britain leaves the EU.

I have often pointed out that Britain has long been one of the largest trading partners with Russia.  For example, BP’s landmark investment, which (despite what one might read in the press) was a huge financial success for both sides.  The strong bilateral business relationship between the UK and Russia can be traced back hundreds of years, as I have previously stated.  It will take a long time for that relationship to be unwound, and I don’t see Brexit being a particular driver of that process.

Looking at VIY Management, the private equity business that I founded, we have forged excellent partnerships with a wide range of UK businesses.  Take Intercontinental, one of our close partners in the Russian hospitality sphere.  We work with Intercontinental because it’s a great company, managed by excellent people.  Whether it is based in the UK, and/or the EU, is frankly immaterial to us.

One view that I have picked up from my peers in Russia is that Brexit, not dissimilar to the Scottish referendum, can lead to buying opportunities.  It’s fair to say that the UK does not always have one of the most adrenaline fuelled economies – so major events such as Brexit create volatility, which in turn creates an opportunity to trade for short-term gain.

So if there was support from Russian businesses for Brexit, it would likely be from those investors that see short-term opportunities opening up.  Beyond that, I sense that Russian business is either uncertain on the longer term implications, or they are agnostic.

Views from Russia – another perspective

I never claimed to have a good grasp of modern day politics, and I always focus on the economy and business.  But I am mildly amused by the view that one can sometimes read about in the UK media that Russia is trying to play its hand in influencing the vote, and pushing Britons to support Brexit.  Mr Putin should be flattered by this view in the West that somewhere behind every global event is the “hand of Putin”.

My personal belief is that even if Russia wanted to advocate for a Brexit, it is hardly in a position of authority and influence with respect to the UK electorate.  But I also simply doubt that this issue is top of the agenda for anyone among the powers-that-be in Russia.  The idea that it will bring geopolitical advantage to Russia, to me, seems far-fetched.  Will either the EU or the UK be likely to soften its position on Russia as a result of Brexit?  In practice, I struggle to see such a scenario.

The end is near

In any event, Britain will soon go to the polls, and months of intense speculation will come to an end.  I myself have not yet determined which way I will vote, though I know I will be voting with my mind, based on my analysis of the business and economic case.

But shortly after the votes are counted, I predict that the market, including VIY Management, will quickly move on.  As a Russian based in London, managing a Luxembourg registered and regulated fund, and investing predominantly in Russia, I don’t actually foresee any of this changing anytime soon, whatever the outcome of the referendum.

From: Other Thoughts
← A Perilous Precedent
LBS move to state of the art new location →
No comments yet