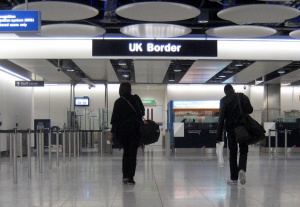 In the years I have been in the UK, I have observed the attitudes that many Britons have with regards to immigration. They want some, but not too much. They like aspects of it, but not others. They enjoy the investment it can bring, but not the costs it can bear. They have the quintessential Goldilocks attitude – not too hot, not too cold, not too firm, not too soft.

I will be watching with close interest the way the British government seeks to balance the needs of the economy and wider business, with the message sent by millions of British voters in the EU referendum to control immigration.

For the UK and London to retain its position as the leading international financial centre, it will be of significant importance that it continues to attract the best and the brightest regardless of their place of birth or the passport they carry.

However, many British voters felt membership of the European Union compromised the country’s ability to control the number and nature of immigrants from inside the 28 member state bloc. Sadly some have allowed this concern to morph and incorporate suspicion and even hostility towards immigrants regardless of where they are from.

With something as controversial as immigration it is worth laying all the cards on the table and being as rational as is possible to avoid misconstruing the situation.

When I arrived in the UK, I came on a skilled worker visa. Since then, the system has evolved to reflect growing concerns about migration and in doing so the system has become ever more challenging to navigate. In fact, the notion of the ‘highly skilled migrant’ has been replaced by an opaque ‘Tier 1’ holder status.

For migrants from outside of the European Union, Britain operates a visa system – and a complicated one at that. Putting aside asylum and refugee routes, the British government provides an array of routes in to the UK. There’s the ancestral visa, a European Economic Area permit, family visas, visa sponsorships through employers, student visas, visitor visas, transit visas and a gamut of work visas to name but a few.

As the UK considers how to redraw its global relationships, foreign policy (a topic I will return to once the dust settles) and indeed its immigration policy, I thought I would look at which countries and which people from outside the EU could be most affected by any changes.

According to the Office for National Statistics (ONS), to the year ending March 2016, an estimated 630,000 came to the UK, including those from outside of the EU. Of most interest was the data where nationality information was available.

The ONS goes further in explaining that:

I fear the sharp fall in Russian immigrants this last year, is likely the result of the decline in relations between the two countries, which is a shame considering the proud histories, cultures and heritages of both nations.

What is striking however is the prevalence of emerging market countries in the top 10 nationalities, a further indicator of the growing international flavour a globalised world creates.

Even more encouragingly, the data suggests that of the people who arrive in the UK, many are treading the same path I have – bringing their talents, skills and ambitions with them, with high value or skilled work related visas being second most only to study visas issued.

As the UK charts a new course with relation to immigration, it is important it considers the value many immigrants bring, particularly those from outside of the European Union.

I firmly believe that Britain should be outward looking and prepared to engage with the world, aiding cross-border investment opportunities (both in to and out of the UK) and enabling those talented enough to make a life for themselves in the country.

I would implore the British government when reviewing the UK’s immigration policy, not to forget the significant role that foreign workers play, or indeed the positive contribution many Russians make now and can bring to the UK’s post-EU future.

From: Other Thoughts
← More ways to live whilst you are young
Bringing Russia in from the Cold: Investment & Trade between Russia and the UK post-Brexit →
No comments yet